Anton Viborniy
In this article, I want to talk about the most important element of the business. This is a product matrix. The essence of making a product matrix in a business is that it is often difficult to sell an expensive product to a customer immediately. But if you start the sale with a free or inexpensive product, the probability of a deal greatly increases. And after the client tried your free product, appreciated the work with you, you can offer him to go to the next level and make a more expensive sale. As a result, you should form a line of products, in which each product automatically sells the next product in the line. Let's look at how it works.

The first step begins with a lead magnet. A lead magnet is a free product that brings benefits to a potential client that you exchange for the client's contact information.

The lead magnet can be a landing page or a pop-up window on the website with a suggestion to download free useful information that solves one of your client's small problems.

It is important to understand that a lead magnet must have a low cost or no cost at all. It can be a digital product: article, video tutorial, drawings, commercial offer, price list, etc. Even if you sell physical products or services. The lead magnet should be scaled easily.

The lead magnet can be a landing page with a capture form, where it's proposed to leave contact information in return for useful information that you will send by email after registration. Testers also can be the lead magnet if you sell physical products.

The essence of the lead magnet is to exchange useful free information for contact information. Most often this is email and phone number.

The next product is a tripwire. The task of this product is to change the client's status from lead to buyer. It's a cheap product, buying which the client gets much more than he pays. The basic idea is to make the client start paying. We specifically lower the first price to reduce stress. Payment is always a stressful action. When a client pays you a second time, it is less stressful.

The essence of the tripwire is to start a monetary relationship with a client. No matter how much he paid. The main thing is to start exchanging money for some products.

The task of the tripwire is to close the small need of the client and discover the main problem.

His needs are completely satisfied with the core product. This is what you sell right now. The next step is the profit maximizer. This is upselling with the highest margins. A vivid example is chargers for a laptop, headphones, cases, etc. In the automotive industry, this is a different configuration.

The task of upselling is to get the maximum margin.

And the key element of the product matrix is recurring payments. Every successful business tries to make repeated sales. Analyze all the giant companies. They sell products "by the subscription model." We buy the same toothpaste once a month, we buy the phone every two years, and we buy a car every 5 years.

The task of marketing automation is to ensure that the customer begins to buy these products in a certain sequence, and to offer a re-purchase at the right time. In the Internet business, it's very easy to implement, so for the sake of better understanding, I'll give an example for an offline business.

Recently I bought lenses and got into a very competent pipeline with a well-built product line. I walked around the mall, and near the store, the promoter hands me a leaflet with the headline: "Find out if your eyes are healthy. Check your eyesight for free". It was a lead magnet. I hadn't tested my eyesight for a long time, because I already knew that I had it bad. But this time I decided to find out how bad everything is. I went to the store and checked my eyesight. I was also offered to check the retina on a special laser device for $ 2. Such a device looked very tempting, and it was really interesting what was going on with the eyes. It was a tripwire.

I paid, passed the test, and my poor eyesight was discovered right there. Now, attention. On the one hand, tripwire solved the problem (I found out what was going on with the eyes). And on the other hand, tripwire discovered it and sold the core product.

I was given an opportunity to try on lenses, and I immediately began to see at 100%. I had never worn lenses, but decided to give it a try. This was the core product.

In addition to the lenses, they sold me storage container, solution, and remover tool. So they increased the bill due to profit maximizers.

But they failed on regular payments. They should have taken my contacts and entered them in CRM, made a pipeline that would have sent me useful content with eye exercises while keeping my focus of attention. And in a month they could offer me new lenses with delivery directly to my home, as mine was already out of date.

But this is a mistake of an optics store that sells these lenses.

The correct product line is structured so that consultant managers don't need to strain and learn sales. The pipeline itself sells the next product. In my case, the consultant's task was to put me in a chair, connect the equipment and help to pick up the lenses.

Your task is to start thinking about recurring payments. Decide how to get into your consumer's pocket on an ongoing basis. Analyze all your purchases. Each brand crawled into your wallet. McDonald's once a month for $ 10, Coca-Cola twice a week for $ 1, the state once a month with the taxes, Levis, Nike, New Balance once every six months, etc. If you don't have recurring payments, no matter what pipeline you have, you won't be able to earn millions.

I will give an example of a case that happened to me in an Asian bazaar. There I met the best seller I've ever seen. He didn't read sales books, didn't attend courses, but effectively used the sales strategy described above. Some people are natural sellers. The harsh Asian market taught him to feel customers. If you've been to an Asian bazaar, you know how it looks. They try to sell you anything, catch your hands, and persistently offer products you don't need. They all sell the same product and don't differ from each other.

But the person I'm writing about was different. He was selling hookahs. To attract people, he put up a large two-meter hookah right in front of the shop. My friend loved hookahs and had never seen a hookah bigger than a human in his life. I don't like hookahs, but I also became interested. I hadn't seen anything like this. The first problem was solved. The lead magnet caught our attention, and after that, we were already studying this hookah and asking questions. Next, the seller said that no one smokes this hookah. Then he pointed to the hookahs in the display case and said that these were also bad and that real hookah lovers wouldn't smoke them.

Then he asked us: "Do you want to see real hookahs?" He took advantage of our curiosity, and next, we were already inside the shop. Then he took out the supposedly best hookah which wasn't placed in the display case from a secluded place. He said this was an exclusive thing special for us. Then he began to tell us why this particular hookah is pretty good. He told in detail about the pipe, ceramic bowl, and the iron rod of the hookah. He compared it with other hookahs and told what is good and what is bad.

He taught us to understand hookahs. He involved us in the process and made my friend breathe into the pipe to make sure that this pipe was really good. Then he got his feet on the metal part of the hookah and jumped on it. Demonstrated the quality of the metal, it didn't break. He was selling us a product at the logical level. We are men. We need the thing to be strong, clear, functional, and so on.

But then there was another shot. He took hookah tobacco and gave it to my girlfriend as a gift. It was the "reciprocity" trigger. That is, I hadn't bought anything yet, but I had already received something. How could I leave and buy nothing? I would be ashamed. Naturally, he made a discount, and we bought. While he was wrapping a hookah, he told stories and kept our attention. It's very important that there's no silence at the time of packaging. Then he joked well and made another brilliant move. He said: "You're so cool, don't you want me to get you a Bedouin tea?" Naturally, we agreed.

We were taken to his friend's tent, where we fell into a new pipeline. We were given tea. While the tea was cooling, 15 minutes passed, and the seller perfectly warmed us with the content. He told stories and thereby inspired trust. As a result, we spent 45 minutes in these two shops. There were 8 of us. Each of us brought out two bags of tea, spices, oils, and other Asian things. But the apogee was that the next day we walked around the same bazaar and met him again. Just by chance. He treated our girlfriends with figs. We left with packages for the second time. I thought about this story for a long time and came to the conclusion that the chance to get to the same seller in the Asian bazaar is minimal. But he did it. This is what it means to feel the client.

It would seem that everything is fine. The guy knows how to sell. I am sure that he has a crazy conversion from visitors to buyers. But he will never earn millions of dollars.

He doesn't have technology that will allow him to get recurring payments. Let's imagine that he's invented it. Every day he gets 20 new customers. Multiply by 300 working days. These are 6 thousand customers a year. Multiply by 10 years. These are 60 thousand customers. Imagine that all these people pay at least $ 1 a month to this guy. And if it's $ 10, our guy is a millionaire. It may seem a little thing, but the business model of recurring payments affects the success of the business, and the automation marketing allows you to remind people about the next purchase in time.

The main idea of this story is that if you sell once, two times - you will never become a millionaire. 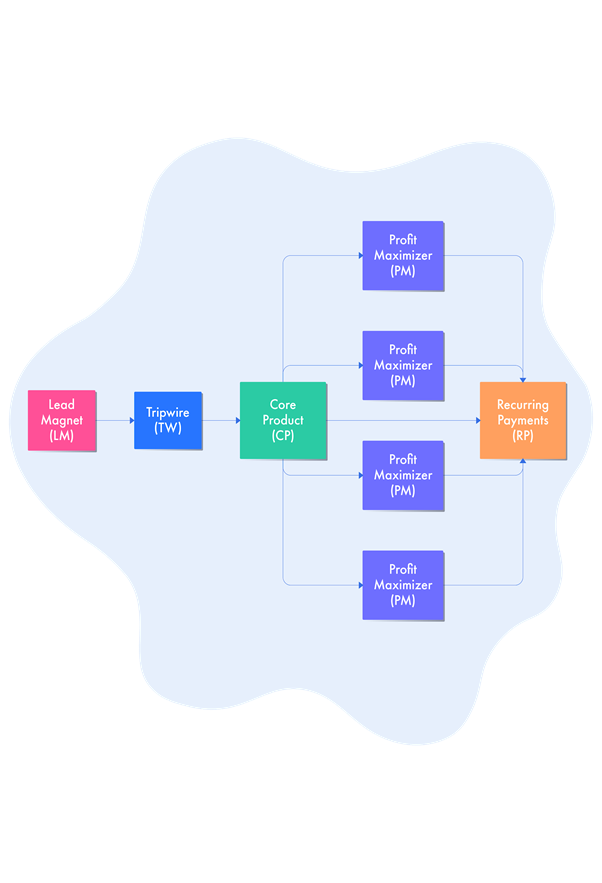 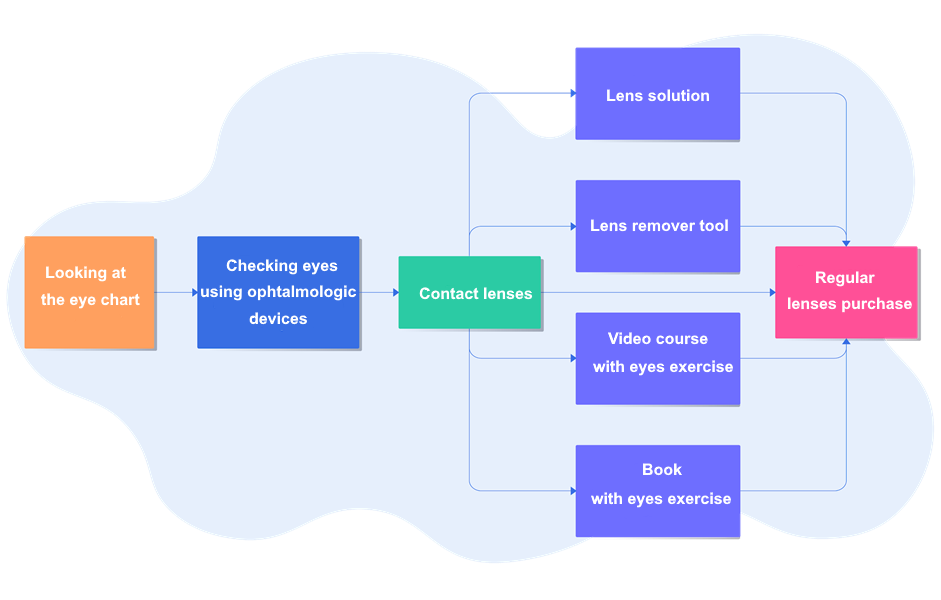